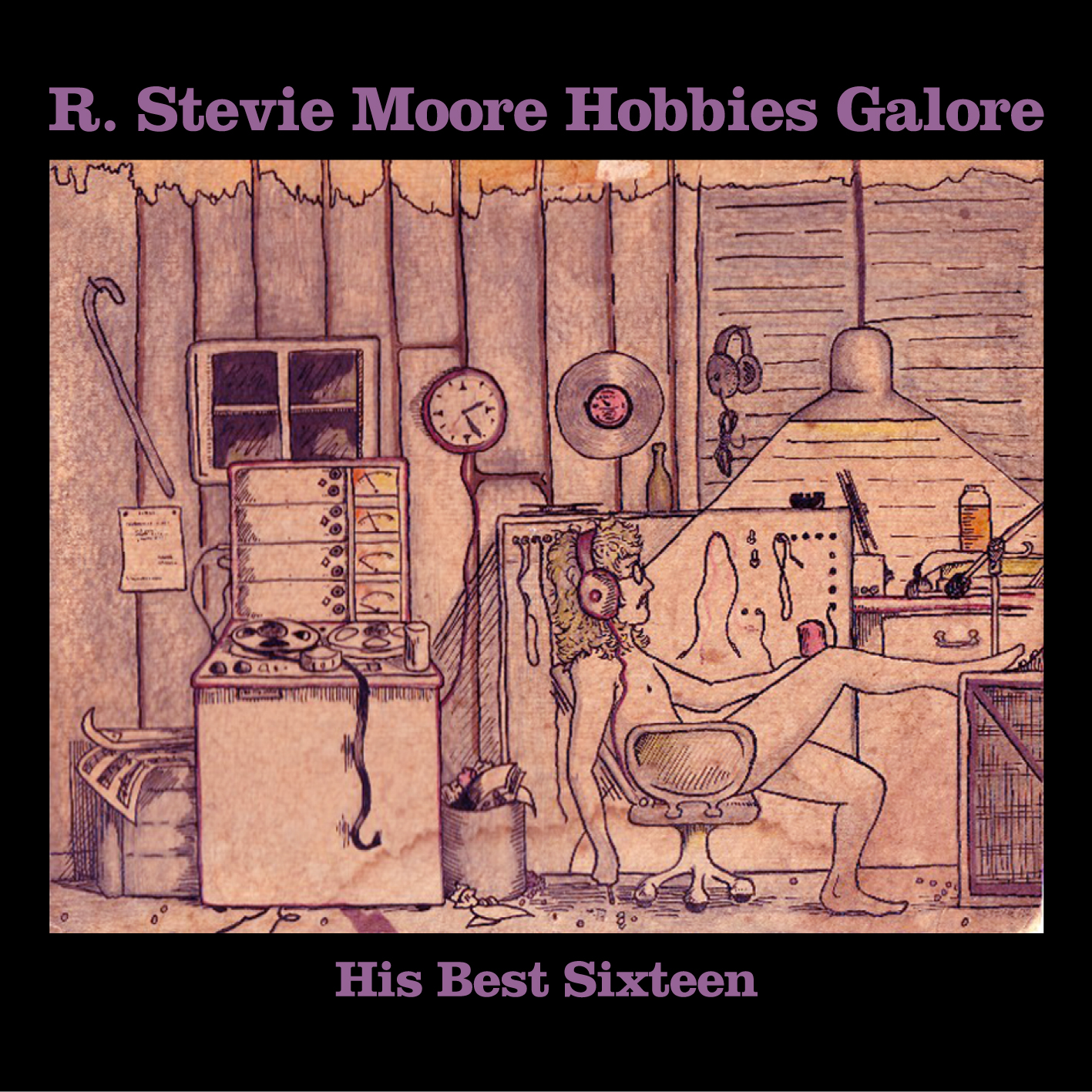 Legendary american D.I.Y. godfather RSM. This is a monumental 16 songs retrospective of his most appealing pop originals of over 1000 songs for 50 years. R. STEVIE MOORE:
One of the most difficult to categorize musicians in rock, R. Stevie Moore is a true original. Bypassing the traditional recording industry more thoroughly than just about any internationally known singer/songwriter ever has, Moore has self-released literally thousands of songs through The R. Stevie Moore Cassette Club (now online at www.rsteviemoore.com), an ongoing mail-order operation which has hundreds of individually dubbed cassettes and CD-Rs in its catalog. The handful of traditional LPs and CDs Moore has released since 1975 are primarily collections of some of the best songs from those cassettes. Moore's music, a blend of classic pop influences, arty experimentalism, idiosyncratic lyrics, wild stylistic left turns, and homemade rough edges, is one of a kind, but entire generations of lo-fi enthusiasts and indie trailblazers, from Guided By Voices to the Apples in Stereo, owe much to Moore's pioneering in the field.
The son of legendary Music City session musician Bob Moore (not Elvis guitarist Scotty Moore, as many articles mistakenly claim) and the older brother of Linda Moore, singer/bassist for '80s country-pop band Calamity Jane, Robert Steven Moore was born January 18, 1952, in Nashville, TN. Growing up in a musical environment, Moore mastered several instruments as a child, including guitar, piano, bass, and drums. He formed his first band, the Marlborough, at the age of 15; armed with inspiration from the first two Mothers of Invention albums and an inexpensive four-track recorder he received for his 16th birthday, Moore began recording Marlborough performances, bizarre spoken word pieces, comedic skits, and one-man band songs. This all-over-the-map D.I.Y. aesthetic would remain Moore's calling throughout his career.
After graduating from high school and dropping out of Vanderbilt University, Moore became a session musician and the president of his father's music publishing company, but did not excel at either. Moore's eccentric personal style and non-country musical influences, including Zappa, the Beatles, Brian Wilson, Todd Rundgren, and the Move, were determinedly out of step with Nashville's prevailing musical culture during the early '70s. Although Moore and his high school friends gigged around town under a variety of band names, most of his time was spent writing and recording by himself, slowly developing an idiosyncratic but increasingly poppy personal style. Encouraged by his uncle Harry Palmer, who at the time was president of Atco Records, Moore pieced together his 1975 debut album, Phonography, from two years' worth of home recording sessions. Palmer issued Phonography and its two follow-ups, Stance and Delicate Tension, on his own HP Music label. Encouraged by the response his records were receiving in the nascent New York punk and new wave scene — Ira Robbins' Trouser Press magazine was particularly fulsome in its praise — Moore moved to northern New Jersey in early 1978.
Aside from periodic bouts of gigging around New York, often backed by friends like Chris Butler and the Smithereens' Dennis Diken, Moore has remained a home-recording loner, creating new songs on an almost weekly basis in styles ranging all the way from hip-hop to Windham Hill-style piano instrumentals. A mid-'80s association with the French New Rose label resulted in his best-known albums, the two-disc retrospective Everything You Always Wanted to Know About R. Stevie Moore but Were Afraid to Ask and the fruit of a rare session in a real recording studio, Teenage Spectacular. Other albums and CDs, including an expanded digital reissue of Phonography and a well-chosen but unfortunately named career overview called Greatesttits, have come out on a variety of tiny American and European indies. Probably too quirky and challenging to ever break through beyond his devoted and slowly growing cult following, R. Stevie Moore has remained true to his fiercely independent vision.
(All Music Guide, by Stewart Mason)